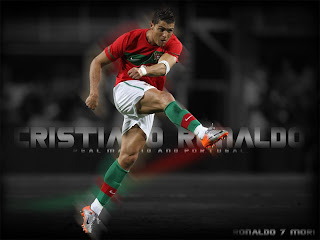 As Holland falters shockingly, as Christiano Ronaldo continues to choke in front of goal for Portugal, and as Germany cooly demonstrates their famous efficiency at major tournaments - all this action at Euro Cup 2012 I hope is motivating all the teams to lace your boots up and bring your “A” game to the Annual Seattle Scores Cup Soccer Tournament.
Come on Team Costco!
Come on Team Microsoft!
Come on Team Starbucks!
Come on....

Making it to the finals of the Seattle Scores Cup this year brings the rare opportunity to play on the same turf as professional footballers like Seattle Sounders FC do and the glory of being crowned Champions in a world class stadium. 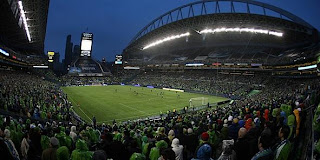 The Seattle Scores Cup 2012 final match will be held at CenturyLink Field on August 5th.
Posted by Jamyang Dorjee at 12:34 PM No comments:

Adrian Hanauer was named the first recipient of the Adrian Hanauer Compassion in Action award given by America SCORES Seattle on June 1st.

The award was presented by Donald Horowitz, SCORES founding board chair and Tya N. a SCORES poet-athlete from Maple Elementary School in Seattle.

In an intimate fundraising event “Poetry in the Park” held at Herban Feast by America SCORES Seattle, the proceedings of the evening were briefly interrupted to present Mr. Hanauer with this award for his extensive contribution to the community’s youth specifically through education and soccer. Mr. Hanauer seemingly taken by surprise by the award expressed his thanks to the entire local Seattle community, Seattle Sounders fans, and all the support he and his organization have received through the years.

“We are very grateful to the Seattle Sounders FC and most particularly Adrian Hanauer for his enduring support and are excited to present him with this well deserved honor.” said America SCORES Seattle, Executive Director, Carole Kelley. “We look forward to working with Adrian and the Sounders FC to bring new opportunities to Seattle’s underserved children.”
Posted by Heather Christianson at 12:28 PM No comments: 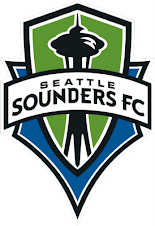 Thank you to Hunt4Soccer for their continued support of the America SCORES network. Each year thousands of SCORES poet-athletes across the country receive soccer balls from Hunt4Soccer to take home and continue practicing their soccer skills even after the SCORES season is over.

“SCORES is something the younger kids look forward to joining. Our SCORES kids feel proud, especially on game day when they’ve got their uniforms on!”